The Science of Caring

What Do We Know About Doctors and Empathy?

Note: This commentary is mostly based on the work of and publications by Critica Chief Medical Officer David Scales. We’ve paraphrased that work and added a few things from the recent social science and neuroscience literature.

As Critica Chief Medical Officer, internist, and sociologist David Scales notes, this problem is often assumed to be a “personal failure” on the part of individual physicians. The solution offered for this problem is often “empathy training” and, indeed, there is empirical evidence that meditation-based mental training with a social-affective skills component can increase motivation to pursue altruistic behavior. There is also little question that increased empathy among doctors is both good for both doctors and patients’ feelings of well-being and improves medical outcomes. 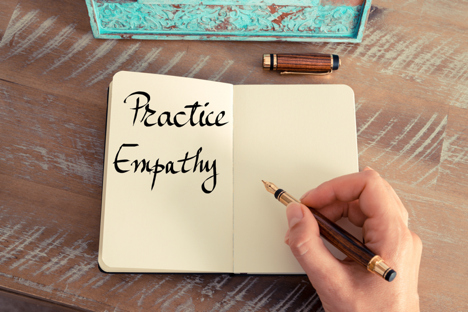 Everyone is prescribing “empathy” for doctors and other healthcare providers these days, but lack of empathy may be more a structural than individual problem (source: Shutterstock)

Hence, it is clearly in the interests of the entire U.S. healthcare system to instill enhanced empathy for patients among healthcare providers. Scales makes clear, however, that empathy is not simply an individual trait that varies from person to person but is also highly context dependent. He points out that “the social science literature suggests…that how much empathy we display is context dependent. It can fluctuate depending on the culture we work in, our own anxious tendencies, and our stress level. It isn’t a constant that, once learned or trained, automatically becomes part of us and our practice”.

Empathy is A Flexible State of Mind

The medical literature certainly also abounds lately with research and opinion pieces about the phenomenon of physician burn-out. Last month, we discussed this emerging problem in detail. Doctors routinely complain about the increasing burdens placed on them by hospitals and insurers to do more and more administrative work while at the same time seeing an ever-increasing number of patients. There are many reports about physicians suffering with depression and despair and even of dropping out of practice prematurely. Spending hours struggling with complicated electronic health record (EHR) systems and trying to get medications and procedures approved by their patients’ health insurance companies is said to make doctors angry, jaded, and, ultimately less empathic.

Although we have little published empirical research on ways of reducing this institutional, contextual impact on physician empathy, Scales points to an abundance of studies in the social science literature that emphasize the contextual nature of empathy. For example, in a study by University of Pennsylvania psychologist Coren Apicella and her time involving the Hadza people of Tanzania, a nomadic hunter-gatherer people, the “the strongest predictor of an individual’s level of cooperation is the mean cooperation of their current campmates”. Apicella and her co-authors believe their findings challenge the notion that there is an individual, fixed level of social cooperativeness. “The findings highlight the flexible nature of human cooperation and the remarkable capacity of humans to respond adaptively to their social environments.” We learn from this multi-year observational study that the ability to cooperate with others in order to reach a common goal is in large part determined by circumstance and context and not simply by inheritance. What happens, then, when physicians, who are hoping to work with their patients to collaboratively accomplish mutual goals of improved patient health, are placed in an environment filled with stressed out fellow practitioners? One can easily see how such an environment might negatively impact a doctor’s ability to maintain empathy for the patient.

One fascinating study that Scales emphasizes is “The famous 1973 Princeton study of seminarians [that] tested altruistic behaviour in a controlled stressful situation. The men were assigned to give a talk about either the Good Samaritan or about getting good jobs. Some were told that they were already late for the talk, others that they had plenty of time to arrive at the talk location. Along the way they had to pass through an alley where a fake victim was lying in distress, coughing and appearing to be unconscious. The question was: would they stop to help?”.

And the Answer?  “Seminarians – men who chose a religious life to help people; men who clearly knew the story of the Good Samaritan, and some of whom were primed to think about it – should all stop to help. But they didn’t. In fact, the main factor associated with providing assistance was not their individual personality or even being assigned to talk about the Good Samaritan. It was how much time they were given to make the trip.”

The time crunch was the only apparent factor that determined whether the Seminarians would stop to help a person suffering from seeming severe illness. Given the extraordinary time pressures that doctors face today—time pressures that are generally mandated rather than under their control—it is no surprise that doctors can lose some of their empathy for patients.

Neuroscience Shows that Empathy is Context-Dependent

Neuroscientists are also increasingly learning about the basic neural mechanisms that underlie empathy. Despite earlier doubts, it turns out that some of this neural apparatus and subsequent empathic behaviors are preserved from rodents through humans, making laboratory investigation of neural substrates tractable.

The modern neuroscience of empathy began in the early 1990s with the discovery of a specialized group of neurons in the brains of monkeys that are now referred to as “mirror neurons.” These neurons, located in a distributed network of brain regions (see the figure below), fire whenever an individual makes a movement or observes someone else making the same movement. Using functional magnetic resonance imaging (fMRI), scientists showed that this same network functions in much the same way in humans. Moreover, studies suggest that people with higher levels of empathy show stronger activation of the mirror neuron system in the brain. Such findings support the notion of empathy as a trait emotion that is conserved at a fixed level within an individual but varies in strength among individuals. 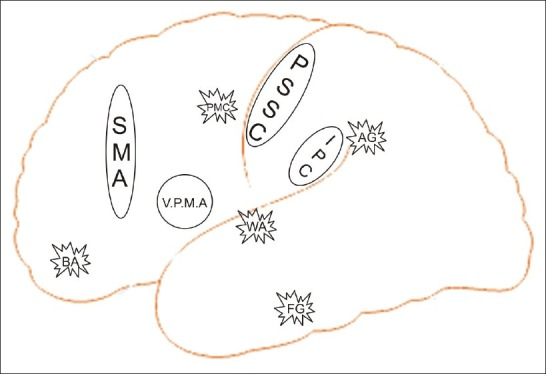 But as Scales points out, “…mirror neurons are fragile. Exposure to indifference or violence in childhood blunts their growth. Even adults with fully functioning pathways can have their mirror neurons shut down in high-stakes situations governed by fear and stress”. Given this information, empathy can also be regarded as a state-dependent emotion that varies depending on any individual’s experience and current context. A physician who has been told to see many more patients that she can possibly fit into the time allotted, as so often occurs as private practice is being replaced by corporate medicine, can quickly feel stressed and resentful. Neuroscience tell us that this leads to a reduction in activation of the mirror neuron system and a diminution in the ability to empathize with another person’s emotions and wishes.

More recent research has filled out further details of the neural basis for empathy. Among these findings is a previously unknown cell in a brain region called the amygdala  that has just been identified in monkeys by neuroscientists at the University of Cambridge that simulates a social partner’s decision-making process. That is, when one monkey watches another monkey deciding on a particular behavior, the observer shows activity in the set of amygdala neurons that is complementary to amygdala neurons in the decision-maker’s brain. We know from previous research that neurons in the amygdala fire depending on the presence and strength of a variety of environmental and internal stimuli. Further research will now examine the extent to which stress and anxiety affect the activation of these newly discovered “empathy neurons” in humans.

From both social science and neuroscience research it is clear, then, that empathy is not a fixed characteristic but instead subject to fluctuations depending on the external circumstances and internal emotional state a person faces at any given time. In a calm, supportive atmosphere, empathy increases. Under conditions of time pressure, stress, and anxiety, it is diminished. “Doctors can fight for their patient’s medical care,” one doctor recently complained, “but often, these pleas fall on deaf ears. Has health care lost its humanity?”. Scales notes that while mindfulness-based training and similar attempts at enhancing a physician’s empathy for patients may be helpful, they do not deal with the larger systemic problems that affect healthcare providers’ ability to empathize with their patients.

We now know from several research sources that empathy is flexible. Hospitals, academic medical centers, and other healthcare institutions exist to apply modern medical science to the prevention and treatment of illness. Knowing that improving empathy improves healthcare outcomes should be reason enough to examine those structural issues and make necessary changes. “But,” Scales asserts, “until the lack of physician empathy has an impact on the bottom line, hospitals—hospital administrators really–will have little incentive to change the way they structure their business”. To not consider the structural obstacles to improving empathy, then, is to follow a path that is contrary to emerging science and harmful to both doctors and patients. It is time that corporate medicine heeds the data.

Mental Health Emerges As A Major Issue During the Pandemic